In America, November means a turkey dinner for Thanksgiving, but in Hungary and other parts of Europe, November means new wine and a goose-filled menu for St. Martin’s Day.  The harvest has finished, and new wines are opened, and the family feasts on liba (goose)—liver, thighs, dumplings in their soup.

But, what does St. Martin have to do with this day?  He was born in Szombathely, Hungary as the son of a Roman tribune before moving with his family to Pavia, Italy. While serving as a soldier for the Roman emperor, he saw a beggar poorly dressed on a very cold night.  St. Martin took out his sword, sliced his cloak in half, and gave half to the beggar so he could get warm. Later that night, Jesus came to Martin in a dream, appearing as the beggar wearing his cloak.  When he left the army, Martin dedicated his life to God and was appointed as bishop of Tours.  Being self-conscious about the honor, he hid among a gaggle of geese that began to honk loudly, bringing him out of hiding to accept his new role.

Another legend is that geese were companions of the Roman war gods, and their honking had saved Rome from an attack by the Gauls.  Their Roman name is avis Martis, the bird of Mars, who is the god of war, and thus they became known as “Martin’s Bird.”

St. Martin, who was never associated with wine, himself, is celebrated during these fall festivities at the end of harvest time, so he is known as the judge of new wine.  He is patron saint of wine makers, as well as geese, soldiers, horses, riders and France.

St. Martin’s Day feasts date back to 1171, a time when the end of the harvest signaled a time of rest, and servants were paid their annual wages along with a slaughtered goose.  The legend is that fried goose should be eaten at 11:11 a.m. on November 11, since, if you do not eat goose on that day, you will be hungry throughout the year.

In Budapest, an annual St. Martin’s Day Festival is held at the Vajdahunyad Castle in Városliget (City Park) on or around November 11.

Programs and meals for St. Martin’s Day along with Christmas Fairs in the city can be found on this Things to Do in Budapest in November page presented by Budapestbylocals.com.

Szentendre, north of Budapest, offers several St. Martin’s Day activities and menus at the Open Air Skanzen Museum, this year on November 9 and 10. 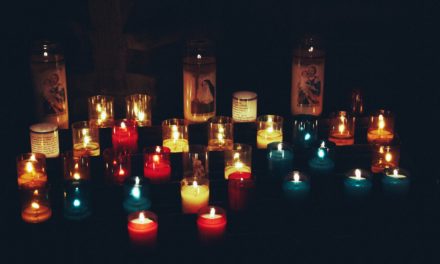